Develop your talent alongside ERREKA

We are looking for young talent wishing to develop in a multisector, multitechnology industrial environment. 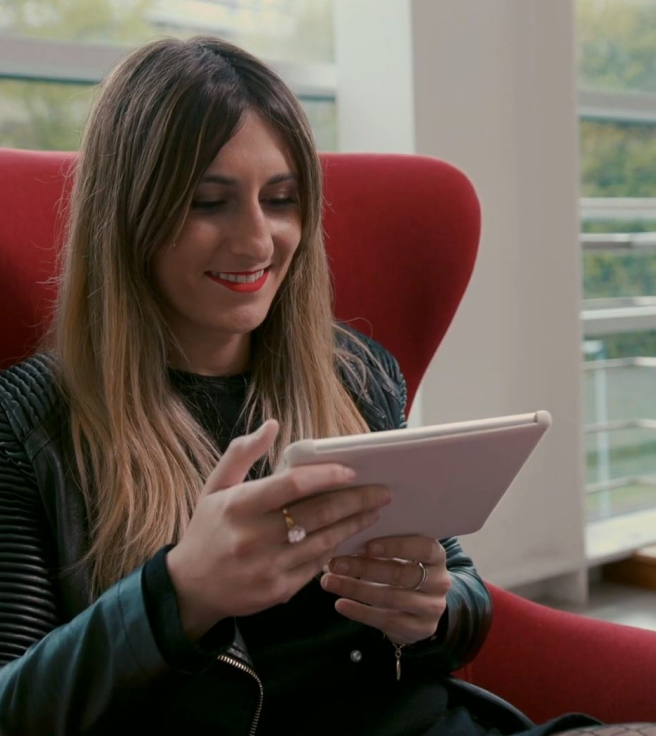 I have been working at ERREKA’s engineering department since November 2018.

The best thing is that I have the chance to do different jobs every day.

Working at ERREKA is a source of pride, every day is a challenge. I am grateful for the opportunity I have been given. I would definitely recommend other students do an internship with this company.

Working at ERREKA is a source of pride, every day is a challenge.

I am grateful for the opportunity I have been given. I would definitely recommend other students do an internship with this company.

I’ve been at ERREKA for about a year in a dual role, doing internships in the moulding workshop with Iban and the rest of my colleagues. 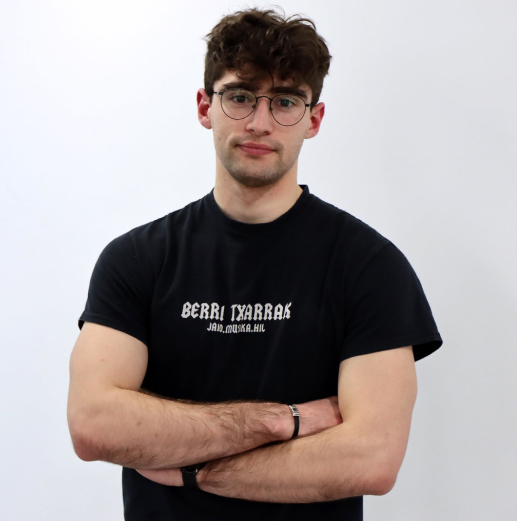 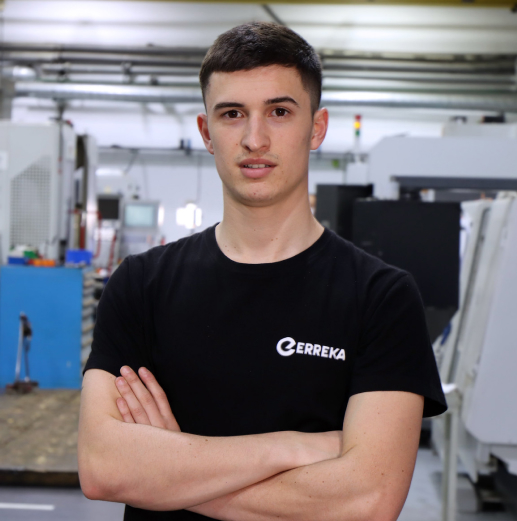 ERREKA:
What are you studying?
Jokin:

Last year I finished my Master’s Degree in Telecommunication Systems Engineering at Universidad Pública de Navarra (UPNA). I had already completed the my bachelor’s degree at TECNUN. And it is at ERREKA that I did my master’s degree dissertation, which opened doors for me.

In short, my main task is to take part and collaborate as an IoT engineer in projects in Erreka’s different businesses.

In the case of ERREKA, the objects to be connected will include bolts and motors for doors and automatic doors. Our main goal is to “connect” the bolt and the door to the network so they can communicate information.

ERREKA:
What are the main challenges of your task?
Jokin:

This whole IoT thing is going through such a boom right now. Everything is new. Both in terms of hardware (physical microchips) and software (programs). Up until now, the industry had many barriers when it came to developing and implementing this type of project, because the technology was still too green for the envisaged IoT environments. To give you a quick example, the mass deployment of high-speed information transfer networks such as 4G or the new 5G only allow connectivity via a SIM card in the device. Another clear example of the obstacles encountered so far can be found in IT and telecommunications: standardisation. Or rather, its absence. The “language” all these interconnected objects should speak was only standardised a few years ago (finally choosing the MQTT communication protocol).

However, the industry itself is now at a truly interesting point, where (almost) all the different strands are now manufactured and available. All we need to do is put all the pieces together and simply build an IoT product. What I mean is that this whole ecosystem is new not only for Erreka but also for the whole world, meaning the biggest challenge is to keep up to date and implement the latest technology, always acting as innovators and pioneers, with the pros and cons that this entails. And the greatest adventure usually begins with a dirt road full of potholes, a set of bad directions, and a rainstorm.

ERREKA:
What have you learned professionally at ERREKA? And personally?
Jokin:

Technically, a lot of things. I have worked a lot on my skills in programming languages such as Java, Python or C. Understanding, establishing and creating different communication protocols. I have acquired a true, professional perspective on networking (Computer Systems). A little bit of cybersecurity and artificial intelligence… ERREKA’s values mean a thirst for learning is duly rewarded, and the tools required are always available. And since I can’t keep still… I have tried to make the most of all of them.

ERREKA also offers something else. Something I value most highly. As others have said: things you cannot read about in books. Real project management; fast, efficient management of personal and work relationships; a focus on real results; and all the tools to form a healthy work environment. I could stay at university for another 20 years and I would never learn any of those things.

ERREKA:
Which ERREKA value do you identify with most?
Jokin:

Trust: Without trust there is no commitment, and no chance of collaboration or collective orientation. Trust to prove your worth, to ask for help from others when needed, or to comment on anything at any time. I believe that the first step is to build a strong, stable network built on trust. From that base, anything is possible. And at Erreka there is indeed such a thing. A highly valued treasure, one that needs to be cared for.

ERREKA:
How would you define ERREKA in one word?
Jokin:

I always try to be concise, because in today’s world, real, useful information is often lost in too much talking. But in this case just one word would clearly not be enough. However, I would say: a door.

As an organisation, I would highlight the values, possibilities and tools it transmits. As a reality, I would say its proximity and its work environment, i.e. people.

ERREKA:
How do you see the future?
Jokin:

Brimming with tremendous opportunities and challenges. What I have just said about IoT is just the tip of the iceberg, or at least it should be. IoT is but just one tool to achieve many other real goals. It can be useful for businesses, or may even change them completely. For example, managing or processing big data may bring issues in the short term that can be dealt with using artificial intelligence (AI). And all this within the context of our day-to-day activities, always working hard but never losing sight of the bigger picture. ERREKA must be –and will be– prepared for the world of the next decade. 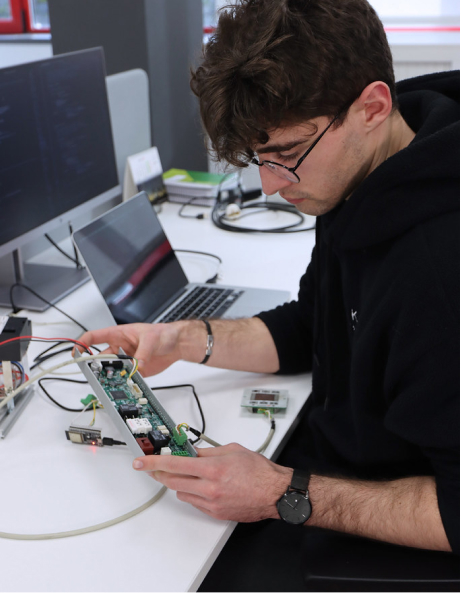 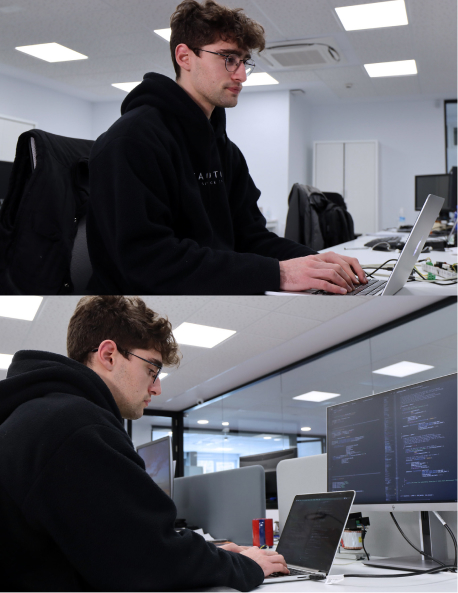 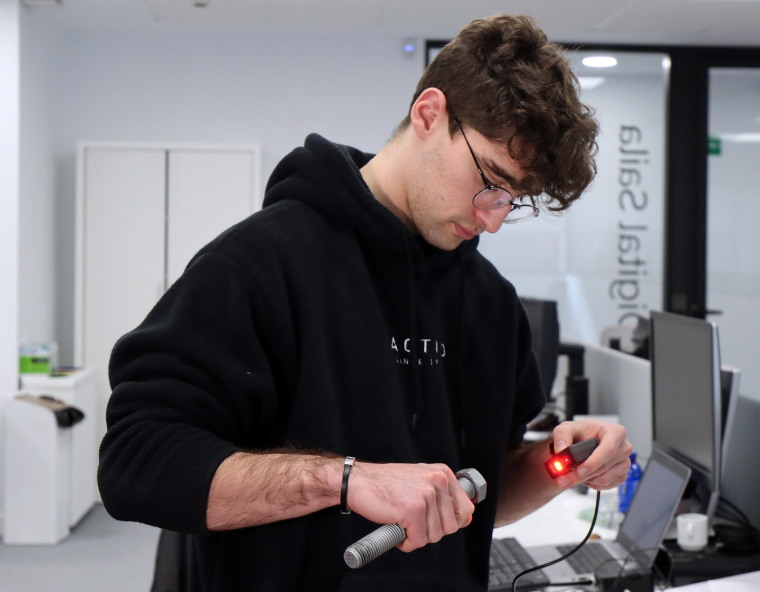 ERREKA:
What are you studying?
Carlos:

I am studying the Higher Technician in Production Programming in Mechanical Manufacturing cycle at Miguel Altuna training centre.

I lend a hand to Iban in the moulding workshop and work on the 5-axis milling machine, where we machine the moulds and try to find solutions to any problems.

ERREKA:
What are the biggest challenges in your work?
Carlos:

Working on large pieces is not easy, and I would say that learning how to handle them is one of the most difficult things I have done so far. But you pick it up as you go along.

ERREKA:
What have you learned professionally at ERREKA? And personally?
Carlos:

I have learned that you have to work with respect, and personally I would say the importance of teamwork and helping each other. Always being ready to help when the team needs it.

ERREKA:
What have you learned professionally at ERREKA? And personally?
Carlos:

Although I identify with many values, if I had to highlight one, it would be respect and camaraderie.

Although I identify with many values, if I had to highlight one, it would be respect and camaraderie.

ERREKA:
How would you define ERREKA in one word?
Carlos:

The good working atmosphere in the moulding workshop. 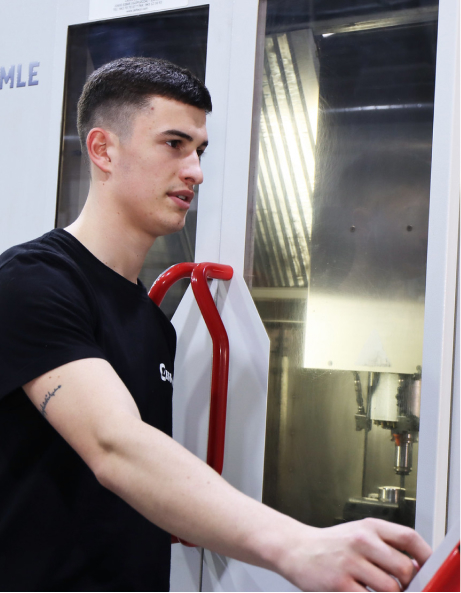 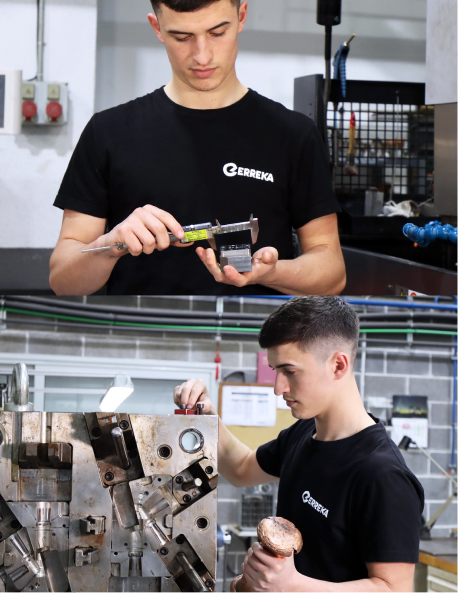 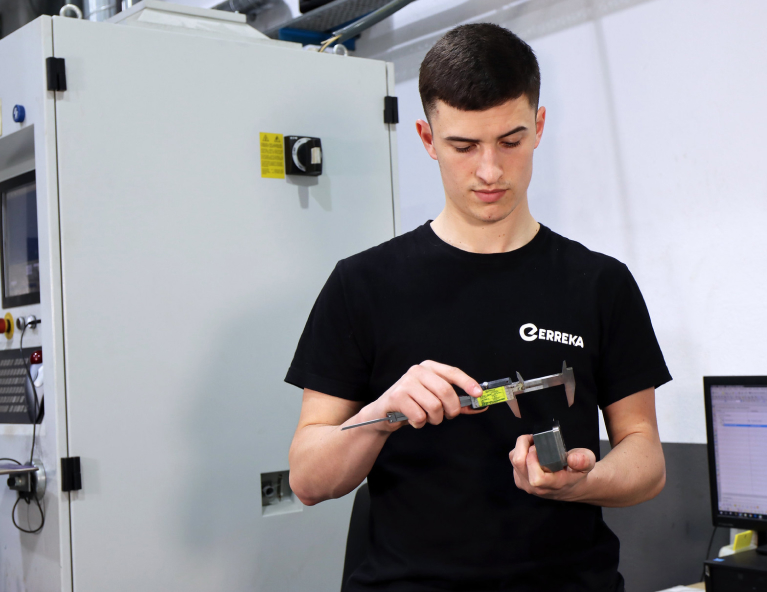 We need people like you. We are looking for you. 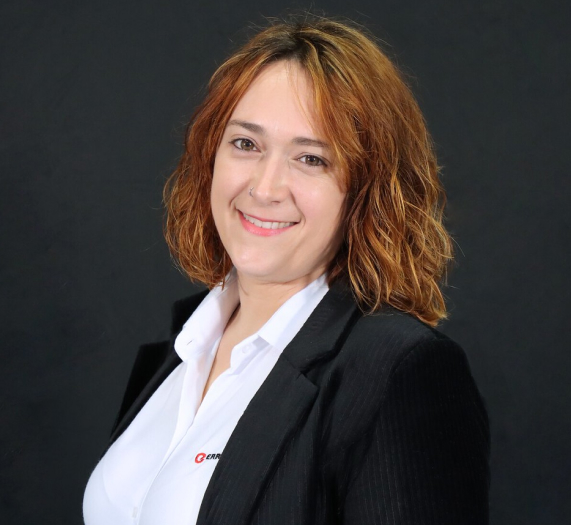 We want to hear from you

Decide which cookies you want to allow. You can change these settings at any time. However, this may result in some functions no longer being available. For information on deleting cookies, please refer to the help function of your browser.